A lot of people adopt dogs so they can have a companion and a best friend in their home. But as loyal creatures, hoomans get more than just a furry friend. In the most unexpected times, their dogs are also their very own heroes.

At the start of 2021, 59-year-old Brian Myers decided to adopt a rescue dog from the shelter. He chose a German Shepherd named Sadie. Little did Brian know that even if their relationship has just started, Sadie would be a big impact on his life. 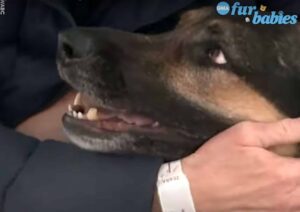 One night as Bryan was sleeping, he woke up to go to the bathroom. But as soon as he stood up, he fell to the floor. Sadie quickly went to his side and helped him move. Brian was able to hold on to Sadie’s collar but he just couldn’t bring himself up.

The pooch began moving backward, moving Brian away from the corner where he was trapped in. Brian was able to slide his way out of his room and went down the stairs, dragging his body one step at a time. Luckily, his cousin was downstairs and was able to call 911.

Brian had suffered a stroke in his sleep. The ambulance was able to arrive on time and brought him to the nearest hospital. If Sadie wasn’t there, things could have turned out differently. Even though they’ve only been together for a few weeks, the pooch saved Brian’s life. 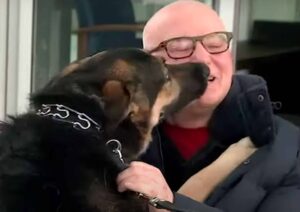 For the past two weeks, Brian has been going through rehabilitation at the hospital. The left side of his body was greatly affected by the stroke but he has been making some great improvements. Though Brian still had some difficulty talking, he was on his way to recovery.

Sadie had been staying with Brian’s brother while he was in the hospital and they would FaceTime every day. Eventually, when Brian was finally discharged from the hospital, it was a very emotional reunion. Sadie was so happy to see her hooman again that she couldn’t stop hugging him and licking his face.

Brian is deeply grateful for Sadie. He had no idea that his rescue dog would end up saving him from something just like this. Brian encourages people to adopt a dog from the shelter because they can give you the best kind of love that you need. 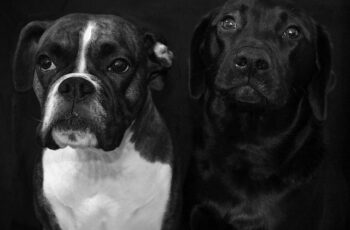 The AKC says that the number one trait for a … 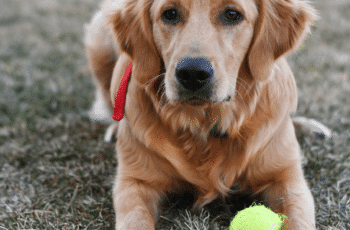