When Andrew Nechetsky and his wife first brought Sizzle home, they were worried that their older dog named Elphie would get jealous, and the two won’t get along. Although both are pugs, sibling rivalry can still be expected, primarily since Elphie is used to being the only dog in the house. But the couple’s worries instantly turned into delight when they saw Elphie and Sizzle bonding together as if they met a long time ago.

Elphie takes her responsibility as a big sister seriously. Although their parents leave her in an enclosed area and Sizzle in a crate when they go to work, she finds a way to go out so she can look after her younger brother and play with him. It’s quite challenging to separate the two, but their parents have to do it since Elphie can be a really annoying sister sometimes.

Every time the Netchetsky couple returns home, they are puzzled how their pug babies manage to go out of their designated areas. And at one time, they found Elphie whining inside the cage that’s supposedly meant for Sizzle. Both wondered how it happened—all this time, they knew it was Elphie who’s the naughty one.

One day, the Nechetsky couple decided to go home earlier than usual. And there, they caught Sizzle red-handed. They could not believe that Sizzle has his naughty side too—catching him playing a trick on his big sister sure made their day.

Sizzle seems to have so much fun pranking his sister because he does it again. And this time, Andrew is there to record Sizzle’s funny antics.

To go out of the enclosed area, Elphie climbs over it, and then she goes to Sizzle to free him. Sizzle, in return, put his big sister’s stuffed pig inside the crate and waits for his sister to get in too. Once inside, Sizzle closes the door of the crate and locks her big sister inside.

The Netchesky’s just laughed at how smart yet naughty their pug babies are. They, then, decided to remove the crate and let the two pugs be.

Watch the funny video below.

Again with this dude…. idk what’s worse, the fact that he knows how to lock her in, or that she just sits there and accepts it. 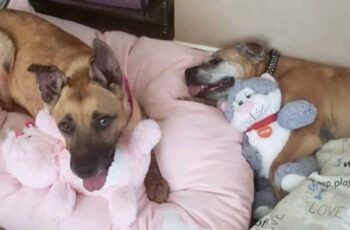 When people go to animal shelters, they often ask for … 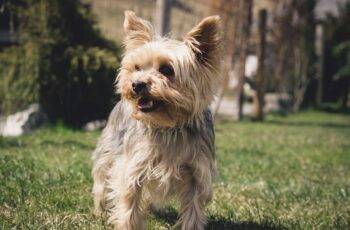 Dogs are some of the most gentle and kind-hearted creatures …