Living on the streets was not easy, and Everest, a Newfoundland, very well knew about this. He thought he would be homeless forever until Hope for Paws, a California-based organization, came to his rescue. He did not show any resistance when one of the volunteers approached him, put a leash around him, and brought him to the shelter for urgent pet care.

Everest may have looked like a big dog because of his size, but he was very skinny when the rescue found him. He also had multiple foxtails embedded in his fur. And worse, he seemed to suffer from bouts of depression, so he needed not just physical treatment but also emotional and mental rehabilitation.

After getting treatments, the rescue put Everest up for adoption. And not long after, a couple from Oregon responded to their call. They wanted to add Everest to their growing family, and they were interested in training him to be a therapy dog, just like their other dog named Clyde.

Everest’s would-be forever home was a thousand miles away from the rescue. But he didn’t mind the long journey. So, off he went to Oregon, together with the Hope for Paws volunteers who rescued him from the street.

When Everest arrived in Oregon and met his new family for the first time, he felt surreal. Not only he found a forever home and parents, but he also got two dog siblings named Bonnie and Clyde, who formed an instant connection with him. The three loved playing in the snow—Everest had never been happier.

The volunteers were surprised to see Everest feeling at home so fast. They knew he’d make an excellent addition to the loving family. Everest is set to complete a therapy training, and the family surely look forward to it.

Watch Everest’s fantastic journey in the video below. 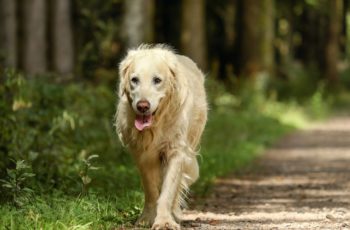 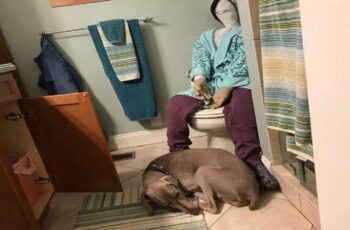 It is common for our dogs to feel anxious sometimes, …