When Mako first spotted Bethany Castiller and her family at the shelter, he immediately decided that he was going home with them. The Castillers would even often joke they did not pick Mako. He was the one who chose them.

According to Bethany, when they went to the shelter, Mako had his back against the cage. So, they started petting him. Then, Mako looked over his shoulder, giving them direct eye contact. At that moment, they all fell in love with the little guy.

9.5 million views on tiktok! Celebrating with lots of treats! Thanks for all the support! #fridgepup #pupagram #weirdpet

The Castillers wanted a rescue dog who would get along with Pecan and Gizmo, their cats at home. So, they asked the shelter staff, and they were assured that Mako gets along well with cats. Soon, the family realized that this might be because Mako thinks that he is a cat.

Although the family doesn’t know for sure, they all think that, most likely, Mako grew up with cats. That is because he loves to do classic cat activities. Mako does not bark and likes cat treats. Most of all, Mako loves to sit on top counters and cabinets like his feline siblings.

At first, the family thought that it was a bit weird for a dog to climb on tables and counters. However, they quickly accepted Mako’s unique personality and thought that they have pretty much adopted a cat instead of a pup.

Mako has an obsession with his feline siblings. He takes every opportunity to hang out with then. The family could not help but laugh every time they find him on top of something together with the cats. Mako has made himself a part of the gang.

Bethany said that Mako joins the cats every time he sees them on counters or cabinets. If he is not with his humans, he surely is with the cats. Without a doubt, Mako is quite a unique dog who would pick cat activities over typical dog ones every single time. But, the Castillers would not have him any other way. 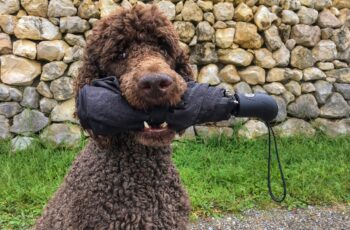 Dogs usually love it when it rains However, it was … 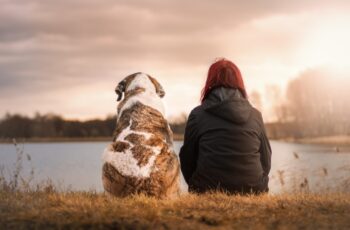 Seneca Krueger is no stranger to fostering dogs. In her …