Celeste is a Realtor from Chandler, Arizona who currently has 5 dogs. Katie, a Maltese poodle mix whose turning 10 in May 2020, Scarlett, a Terrier poodle mix, 6 1/2 years old, Piper, a Maltese, 5 years old, Finley, a Terrier Chi mix, 4 years old, and Josie, a Terrier Mix, 2 years of age.

She shares that she started fostering four years ago for One Dog AZ. She had fostered 10 dogs so far and all the dogs she had fostered had all been adopted to families except for Josie. I asked her how does one qualify to be a foster. Celeste said, ” To become a foster, a person has to complete an application and then a home check is completed by the owner of the rescue. The foster family also must agree to keep the dog inside, must agree to bring the dog to all adoption events, must agree to feed the dog a well-balanced diet of only high-quality dog food, must agree to immediately call the rescue if there are any issues with the dog, take the dog to the rescue when it needs to see a vet, and must agree to socialize the dog.”

When I asked which dog was the most difficult to foster, she said,” I would say the ones that come to our homes that have been abused and don’t trust humans.” 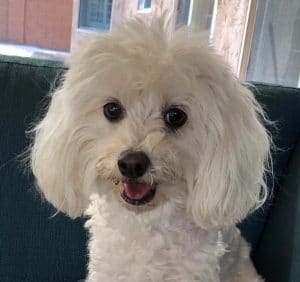 “Katie was my very first rescue “failure.” I don’t remember where I saw her advertised because Facebook didn’t exist but someone was rehoming her because his daughter got sick with a thyroid condition and just left her outside and ignored her. Katie was 7 months old at the time. Her previous owner couldn’t find a home for her and was going to bring her to the shelter in Mesa so I met him and his wife at the parking lot on Val Vista and Williams Field to get her. She was incredibly shy he told me because she was left all alone in the backyard. I had my other dog, Bella with me at that time(she has since passed away). Immediately upon Katie seeing me, she gave me a lick on the face and the husband looked at the wife in shock. I thought she was brown but turned out to be white after my daughter and I bathed and groomed her. It took us 5 hours to get all her mats out.

Now as to my dog Scarlett, my daughter wanted a puppy of her own. I found Scarlett on Facebook. She was posted as a Maltese Poodle mix. I met the owner at Home Depot in Gilbert. She was 8 weeks old. This girl does not have any Maltese in her. 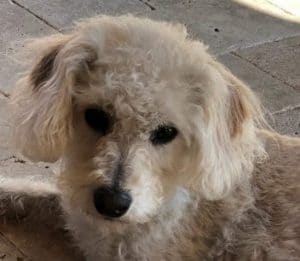 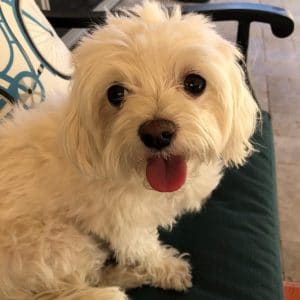 Piper, I saw her on Facebook and because I previously had a purebred Maltese I wanted another. She came from a backyard breeder. Met them in a parking lot in Gilbert.

Finley, I saw a post on Facebook from someone that lived in Glendale asking if anyone could foster him. He was about 3 months old. She found him as a stray. Of course, I couldn’t resist. I was planning on getting him neutered and getting all his shots and adopting him out. My son saw me post him on Facebook. At the time my son was attending NAU and had an apartment in Flag. He asked if he could have him. So after I got him vetted, my son came down to the valley and back up to Flag. When he decided NAU wasn’t for him, he moved back home for a year, and then when he moved out, Finn stayed! 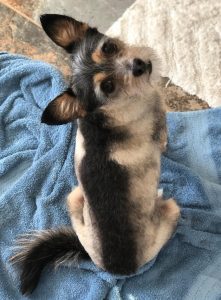 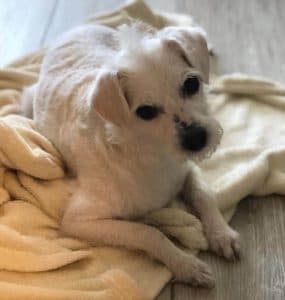 Josie was my second foster “failure.” She was my foster from One Dog AZ. A local 501 3c rescue here in Chandler. I had her while her broken leg was healing. She was terrified. After it healed and the cast came off, the owner asked if I could still foster her and then bring her to foster events. At this point, I had her about 2 months but had no intention of keeping her. She still was terrified and wouldn’t let my husband and I hold her. She wouldn’t even look me in the eyes. When I would take her to the rescue events she would just crawl into a corner and I felt horrible for her. This went on for a few weeks at rescue events and when it was time to leave she couldn’t wait to go. I would start leaving the events thinking maybe without me there she would do better but she didn’t. I would pick her up and she saw me and would get so excited. Eventually, she started looking me in the eye and then she just would want to be held and then she opened up to my husband. Weeks went by and she got closer and closer to us. She started following me around the house and just wanted me to hold her. I knew she was meant to stay with us. She is the sweetest little girl.

Celeste and her 5 Dogs

I love waking up to my dogs, Celeste says. “How can I have a bad day when I wake up with such awesomeness! “Some days it’s just complete chaos, but I love their individual personalities. It is a lot of work but they each bring me joy because of their own unique qualities.” 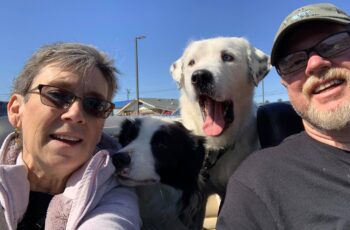 Leeanne and Allan Hewey live in Brewer Maine. They own … 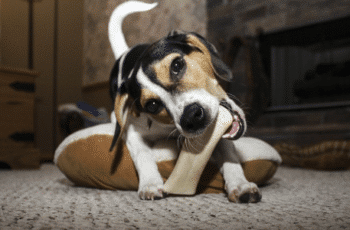 https://youtu.be/Vy2RWxdagLw When you come home from work, the first thing …