All men have a breaking point, and Steve Tamblyn from Mitcham, Australia is no different. He’s had enough of lazy dog owners letting their dogs poo on his front lawn and do not bother picking up the poo after. So, he took matters into his own hands—he installed a security camera in his home facing the front lawn in the hopes of finding the culprit.

Not long after the camera was installed, Tamblyn found the culprit. In the security footage, a woman was seen walking with her golden retriever on a leash. The dog suddenly stopped, and right there and then, he dropped the bomb, with his owner just watching until he finished doing his business.

Tamblyn is a dog lover and owns a dog himself, so he understands if while walking the dog, the dog could no longer hold the urge to poo and does its business right where it stops. But what’s unacceptable to him is when the dog’s owner becomes irresponsible and just leaves the dog’s poo behind. So after seeing the footage, he thought enough is enough—it’s high time he teaches this irresponsible dog owner a lesson.

Tamblyn took a screenshot of the dog owner and her dog while in action, printed the image, and laminated the hard copy. Then, he attached the laminated photo to a stake and placed it right behind the poo that’s left in his front lawn. He thought the woman might probably pass by again, see her photo, and clean up her dog’s poo, but she never returned.

Despite the dog owner not seeing it, Tamblyn was hopeful that the other dog owners who walked past the photo and noticed it would get his warning. Lazy dog owners should never be tolerated, so it’s either they get their act straight or let their dogs do their business in their front yard and not his.

Watch the security camera footage below.

Steve from Mitcham is a dog lover and takes pride in his neighborhood, but he's had enough of people leaving surprises on his front footpath 🐶He told Ali Clarke this morning he captured this video and then printed a image, laminated it and put it on his front lawn to hopefully encourage dog owners to clean up after their dogs…💩 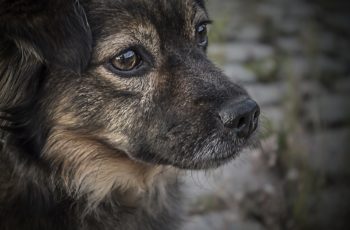