The winter season can be wonderful. With snow blanketing the landscape and rivers and lakes becoming frozen, it surely is a wondrous sight to see. However, the winter months can also be harsh to many animals, especially stray dogs, and puppies.

Puppies are still vulnerable creatures who haven’t developed their survival skills yet. They still need nurturing and care from their mother and will never survive the cold of winter alone. While driving through the Seabreeze Bridge in Daytona Beach, Florida, two officers spotted a puppy shivering underneath the bridge.

The two officers knew that they didn’t have a lot of time until the puppy succumbs to hypothermia. The officers didn’t know how long that puppy was freezing underneath the bridge. They only saw that the puppy was shivering so much that it would have been at least a few hours that the puppy was exposed to the cold weather. 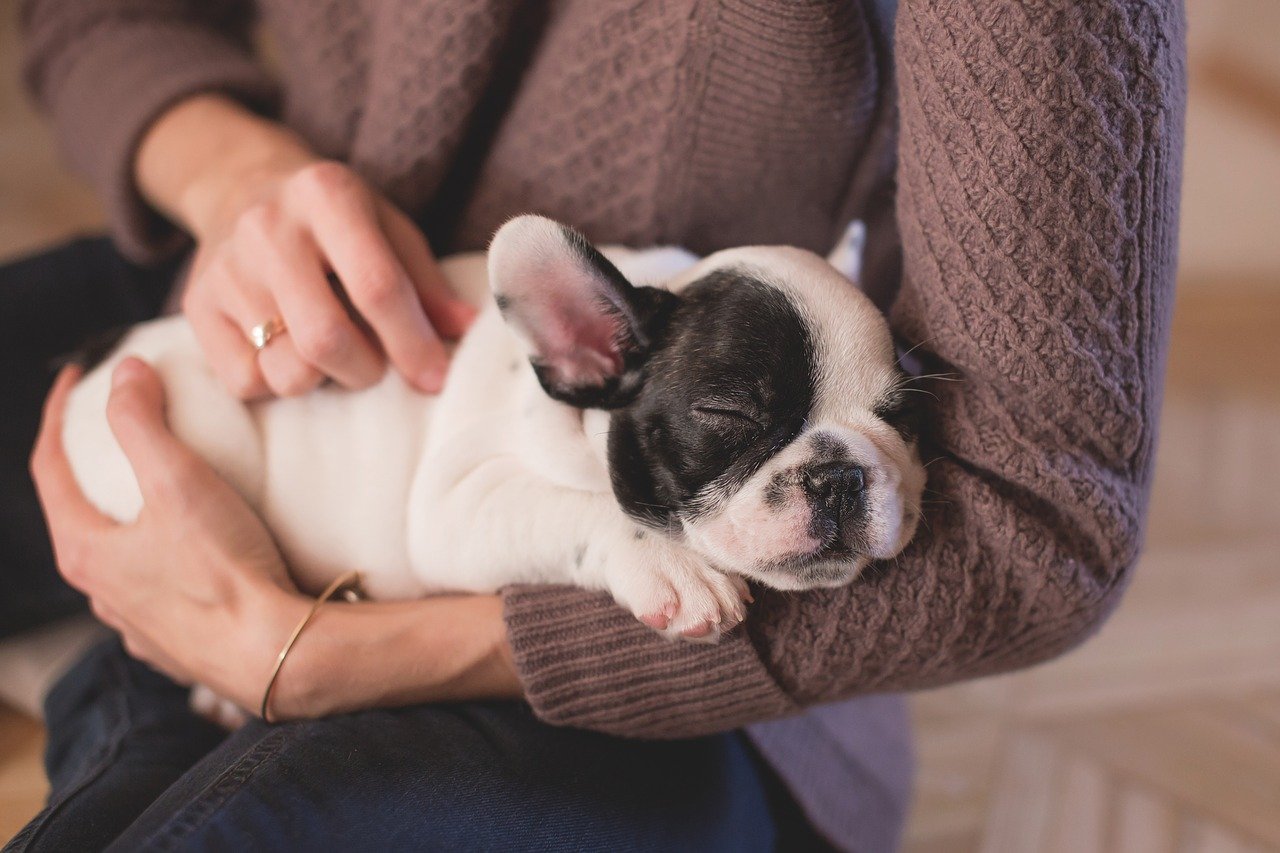 The officers tried to get the crying and freezing puppy warm by wrapping him in blankets and pressing the puppy against their bodies. Eventually, the officers took the puppy to the veterinarian to get the medical attention he needed. When the puppy recovered, he was taken to the animal shelter, where another officer frequently visited him.

The officer fell in love with the puppy and decided to adopt him and give him a forever home. Now named River, he often gets to go with his new mom to the police station where she worked, and River gets a lot of love and attention from the police officers working at the station.

River also gets to say hello to the two police officers who saved his life. Of course, River remembers them and would give the officers licks on their faces as a thank you for saving his life. River is now living a great life with his new mom. If it weren’t for the amazing police officers, it’s likely that River wouldn’t be alive today. Here’s a heartwarming video showing River’s rescue and how he ended up finding a loving forever home. 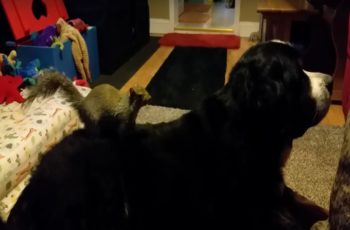 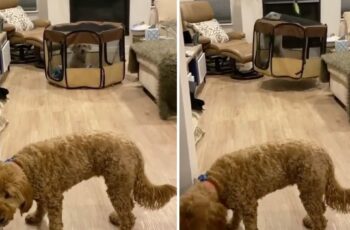