Pets provide us with hours of fun and entertainment at home. Dogs, for the most part, are the clowns of the household. They have a silly personality that makes them the stars of several viral videos.

It is no surprise that our dogs end up on social media platforms with their silly antics. But it’s not always something that they do on their own, because sometimes, they get a little help from their owners.

You might have already seen videos of dogs doing challenge videos. Some of these challenges include the “patience challenge,” where dogs are left in the room with food in front of them, hoping they will be patient enough to wait for their owner to return before indulging themselves. Another is the disappearing trick where the owner stands on the doorway, holding up a blanket. The owner shows the dog he is behind the sheet, and with one swift dash, leaves the blanket behind, leaving the poor dogs confused as to where their owner had gone.

These are only some of the antics that we do to our beloved dogs for entertainment, especially during the pandemic. One owner, however, has his own version of doggy fun. In the video, he records his German Shepherd inside the car.

When Flo Rida’s song “Low” comes on, the dog’s ear begins to dance with the music. Sure enough, both ears eventually dance to the beat. The clip left many laughing their hearts out from the sight of the dog seemingly dancing to the music.

But while the dog is clueless as to what is actually happening, we know all too well that the dog’s owner is the one orchestrating the dance moves by hiding his hand behind the dog and moving its ears with his hand.

Nevertheless, the video provides us with wholesome entertainment that we all can share. And no worries, the dog got nothing but a good ear massage from this stunt. Watch the hilarious video in the clip below. 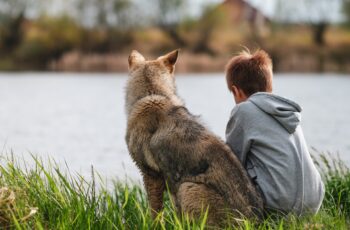 One thing people with autism have in common is an … 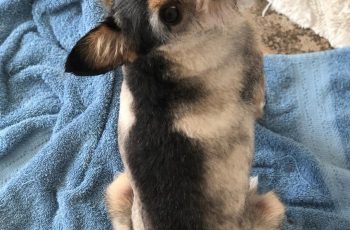 Celeste is a Realtor from Chandler, Arizona who currently has …