A group of dog walkers suddenly found themselves in a hilarious rescue operation involving a porky pooch. The poor Labrador accidentally got trapped on a park bench in Changping District of Beijing, China. It took the six rescuers about 10 minutes to pull the chubby dog out of the seat.

Daily Mail reported that the three-year-old canine named Zhuang Zhuang was a former police dog in Changping. Since the pup retired from his post, Zhuang Zhuang put on quite a bit of weight. Due to these extra fats, the poor dog found himself in trouble in this viral video.

The hilarious footage showed the three-year-old dog named Zhuang Zhuang stuck in the gap between the park bench’s seat and its backrest. Six kind strangers stood around the park bench and attempted to help Zhuang Zhuang out of his embarrassing situation. Ms. Wang, the dog’s owner, said they tried to get the dog out in so many ways before they finally succeeded.

Ms. Wang explained that she went with Zhuang Zhuang to the park for a photo session. She added that the canine got tired in the middle of their shoot because he was too fat. The pair decided to look for a place to rest when Zhuang Zhuang noticed two girls sitting on the bench.

The exhausted canine went to the bench and jumped on it. Zhuang Zhuang somehow slipped out and got stuck because of his big buttocks. Luckily, other dog owners nearby noticed Zhuang Zhuang’s plight and rushed over to help him get out.

Ms. Wang shared that after her pet left the police force, Zhuang Zhuang’s weight surged to a peak of 100lb. The poor pup used to limp when walking, and the owners thought that he had arthritis. However, they found out that it was the extra weight that strained his joints.

The sudden lack of training and exercise caused the former police dog to gain too much weight. Ms. Wang also blamed her pet’s enormous appetite. She said that Zhuang Zhuang overeats as if his stomach is a black hole. Ms. Wang added that they are now feeding the chubby canine less food to help him lose weight. 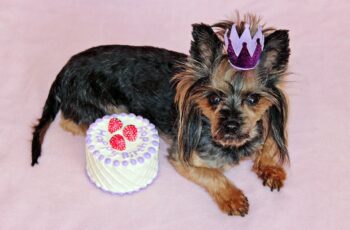 Abigail was found in alleged dogfighting premises in Florida. Her … 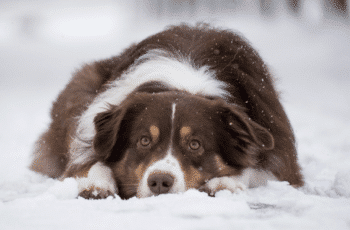 Looking for a dog that can actively protect your family …